“One of the greatest truths in psychology is that the mind is divided into parts that sometimes conflict.  To be human is to feel pulled in different directions, and to marvel—sometimes in horror—at your inability to control your own actions.”

The Righteous Mind by Jonathan Haidt

Parts (individual personality systems within the brain) are not just feelings but distinct ways of being, with their own beliefs, agendas, and roles in the overall ecology of our lives.

“It must be admitted that . . . the total possible consciousness may be split into parts which coexist, but mutually ignore each other, and share the objects of knowledge between them.”

“The psyche is a self-regulating system that maintains its equilibrium just as the body does,” “The natural state of the human psyche consists in a jostling together of its components and in their contradictory behavior,” “The reconciliation of these opposites is a major problem. Thus, the adversary is none other than ‘the other in me.'”

Modern neuroscience has confirmed this notion of the mind as a kind of society. Michael Gazzaniga, who conducted pioneering split-brain research, concluded that the mind is composed of sem-autonomous functioning modules, each of which has a special role.”

Seeking happiness my brain led me to pleasure
Seeking love, it led me to sex
Seeking understanding, I found platitudes
Seeking spirituality, I was led to religion

Tale of the Two Canines

Within the house of your brain live two canines:  a wolf and a dog.  The wolf has existed near man for tens of thousands of years, living on the edge of our societies, a personification of malevolence.  At night it would circle around our campfires, its eyes glowing red, salivating over the smell of the food we cooked when we gathered.  If our babies were left unattended, the wolf would snatch them and eat them.  If our wives, husbands or loved ones were left alone away from the tribe, the wolf would attack them and kill them.  The wolf was hunger personified, unable to care about anything except the gnawing in its own stomach.  He had no empathy or affection for anything else.  He had no room for love or friendship, no morality, no code to live by other than need.

The wolf’s cousin, the dog, evolved from the wolf and joined our tribes as a helper, friend and companion.  The dog was much more evolved than the wolf.  He formed a bond with us and helped us hunt.  We fed him and he loved us. We held him close and we warmed one another.   If members of our tribe were attacked, he would risk his life by putting himself between the danger and us, and, if necessary, would sacrifice his own life to save ours.  If a baby was left unattended, he would guard the baby.  If a loved one was lonely, he would cheer them.  The dog was a valued member of our tribe and with him, life was good.

These canines live in the house of your brain and they are not compatible with one another.  Although neither can ever die, only one can be dominant and the other will be subservient.   You may wonder which one will be victorious.  Happily the choice is yours:   It will be the one you feed.

Disclaimer:  The wolf described above is a metaphorical wolf.  Any resemblance to real wolves, living or dead is purely coincidental.  No wolves were harmed in the making of this metaphor.

“The natural capacity to produce dopamine in the reward system is reduced, while the need persists and the drug seems to be the only way to fulfill it. The brain is losing its access to other, less immediate and powerful sources of reward. Addicts may require constantly higher doses and a quicker passage into the brain. It’s as though the normal machinery of motivation is no longer functioning; they want the drug even when it no longer gives pleasure.” From: http://www.health.harvard.edu/mind-and-mood/the_addicted_brain

Ingredients of Happy and Healthy Living

SELF-ACCEPTANCE:  Healthy people choose to accept themselves unconditionally, rather than measure or rate themselves or try to prove themselves.

RISK-TAKING:  Emotionally healthy people choose to take risks and have a spirit of adventure in trying to do what they want to do, without being foolhardy.

NON-UTOPIAN:  We are unlikely to get everything we want or to avoid everything we find painful. Healthy people do not waste time striving for the unattainable or for unrealistic perfection.

HIGH FRUSTRATION TOLERANCE:  Healthy people recognize that there are only two sorts of problems they are likely to encounter: those they can do something about and those they cannot. Once this discrimination has been made, the goal is to modify those obnoxious conditions we can change, and to accept (or lump) those we cannot change.

SELF-RESPONSIBILITY FOR DISTURBANCE:  Rather than blaming others, the world, or fate for their distress, healthy individuals accept a good deal of responsibility for their own thoughts, feelings, and behavior.

SELF-INTEREST:  Emotionally healthy people tend to put their own interests at least a little above the interests of others. They sacrifice themselves to some degree for those for whom they care, but not overwhelmingly or completely.

SOCIAL INTEREST:  Most people choose to live in social groups, and to do so most comfortably and happily, they would be wise to act morally, protect the rights of others, and aid in the survival of the society in which we live.

SELF-DIRECTION:  We would do well to cooperate with others, but it would be better for us to assume primary responsibility for our own lives rather than to demand or need most of our support or nurturance from others.

TOLERANCE:  It is helpful to allow humans (oneself and others) the right to be wrong. It is not appropriate to like obnoxious behavior, but it is not necessary to damn oneself or others for acting badly.

FLEXIBILITY:  Healthy individuals tend to be flexible thinkers – as opposed to having rigid, bigoted, or invariant rules, which tend to reduce happiness.

ACCEPTANCE OF UNCERTAINTY:  We live in a fascinating world of probability and chance; absolute certainties probably do not exist. The healthy individual strives for a degree of order, but does not demand perfect certainty.

COMMITMENT:  Most people tend to be happier when vitally absorbed in something outside themselves. At least one strong creative interest and some important human involvement seem to provide structure for a happy daily existence.

The two hemispheres of the brain can seem to have separate lives:

from Incognito by David Eagleman p.131

There “is, in fact, a disorder called alien hand syndrome. . . In alien hand syndrome, . . .  which can result from split brain surgeries, . . .the two hands express conflicting desires.  A patient’s “alien” hand might pick up a cookie to put it in his mouth, while the normally behaving hand will grab it at the wrist to stop it.  A struggle ensues. Or one hand might pick up a newspaper and the other will slap it back down.  Or one hand will zip up a jacket, and the other will unzip it.  Some patients with alien hand syndrome have found that yelling “Stop!” will cause the other hemisphere (and the alien hand) to back down.  But besides that little modicum of control, the hand is running on its own because the conscious part of the patient seems to have no predictive power over it; it does not feel as though it’s part of the patient’s personality at all.  A patient in this situation often says, “I swear I’m not doing this.”

That’s the other strange thing: not only do parts of the brain have different agendas and goals, but the left side of the brain that uses language and weighs consequences and reasons, tries to make sense of everything and find logical excuses for all our actions, even when those actions are the result of elemental drives and are completely hunger driven. We satisfy short term cravings frequently to the detriment of our long term goals. This is the rule, not the exception. And so it is with addiction.

From Incognito by David Eagleman p. 134:

“Not only do we run alien subroutines; we also justify them. We have ways of retrospectively telling stories about our actions as though the actions were always our idea. . . . . As we saw earlier, the right and left halves [of the brain] are similar to each other but not identical. In humans, the left hemisphere (which contains most of the capacity to speak language) can speak about what it is feeling, whereas the mute right hemisphere can communicate its thoughts only by commanding the left hand to point, reach, or write.  And this fact opens the door to an experiment regarding the retrospective fabrication of stories. In 1978, researchers Michael Gazzaniga and Joseph LeDoux flashed a picture of a chicken claw to the left hemisphere of a split-brain patient [a patient who has had the communicating nerves between the right and left brain severed to halt life-threatening seizures brought about by epilepsy] and a picture of a snowy winter scene to his right hemisphere. The patient was then asked to point at cards that represented what he had just seen. His right hand pointed to a card with a chicken, and his left hand pointed to a card with a snow shovel. The experimenters asked him why he was pointing to the shovel. Recall that his left hemisphere (the one with the capacity for language), had information only about a chicken, and nothing else. But the left hemisphere, without missing a beat, fabricated a story: “Oh, that’s simple. The chicken claw goes with the chicken, and you need a shovel to clean out the chicken shed.” When one part of the brain makes a choice, other parts can quickly invent a story to explain why.”

Thus the whale rider, after the fact, insists he wanted to go exactly where the whale ended up. If you question an addicted person about why they can’t control their behavior or why they relapsed, they will most often give you an explanation that sounds illogical, or stupid, or both. And yet it is obvious, if you pay close attention, that they, themselves, believe what they are saying. You are not talking to a liar or a fool. You are talking to a person who is trying to make sense of decisions being made by parts of their brain which do not engage in logic or communicate with words. All of us go on whale rides from time to time.

Here’s Sia, singing from the perspective of a “party girl”. She conveys the love/hate addicts feel, the release and demoralization of active addiction.  Maddie Ziegler’s interpretative dance (11 years old when this was filmed), is perfect with disturbed expressions and movement suggesting she’s being pulled by an unseen force. I couldn’t find a video with the lyrics and the dance, hence the separation.

It takes a great deal of effort and willpower, backed up with tools and strategies, for our conscious minds to control our behavior, alas and alack.  The lizard brain is wily, crafty, patient and completely unprincipled.  We fight for our lives. 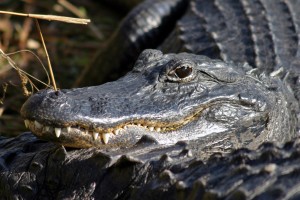 Are You Tired of Your Addictions Running Your Life?